Nothing screams winter and holidays to me quite like Apple Cider.  Soon as Canadian Thanksgiving hits I start cranking this out by the crockpot load and it doesn't stop until well after New Years.  Sometimes though I just can't wait for the crockpot to do its thing - I'm not the most patient person in the world when I have a craving for something warm and delicious. What's a girl to do?

Well, I've discovered I can make a small serving of cider in my Vitamix blender. Seriously cool, right?  I'm not sure why I didn't think of this sooner. I'm calling today's blend the One Cup Caramel Apple Cranberry Cider.

All you need is:

Plus some water and a little a cinnamon. Easy right?  If you like caramel I highly recommend adding some caramel syrup for extra flavour.

Hit the "soup" preset and watch it do its magic. In just 5-6 minutes you'll have a nice warm cup of Caramel Apple Cranberry Cider.  You don't even need to strain it as the apple and cranberry will be completely broken down. Don't just take my word for it as you really need to try this to believe it. I was fully prepared to strain this mixture into my cup but instead simply poured into my mug, added a cinnamon stick for ambience and sipped away. 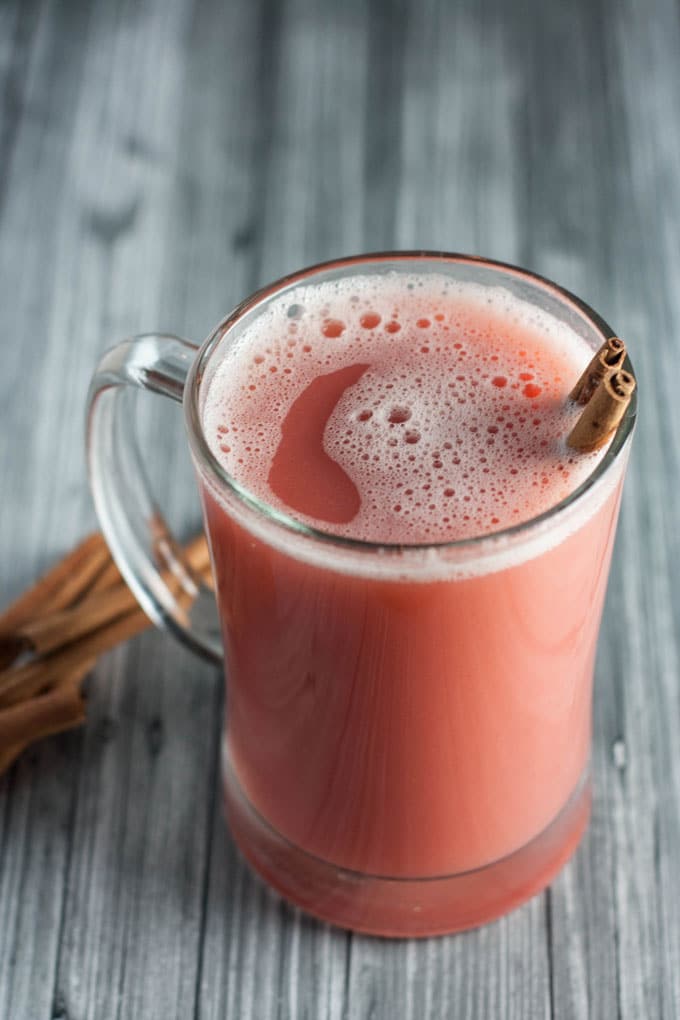 The only downside? My husband complaining that I was making too much noise while he tried to watch yet another re-run of Top Gear. It isn't like he doesn't already know what Jeremy Clarkson is going to say before he says it.  But yes, having the blender running for 5 minutes on the soup preset will create a little bit noise, however, considering just how much it is accomplishing by breaking down apples, cranberries and heating it all up I wouldn't complain.  Maybe he'd have been a bit happier if I'd actually made him some too!

I love the colour from the cranberries but you could make this with many different fruit additions including pears.  If you like boozy try some spiced rum or cinnamon schnapps; quite frankly there are just so many options to choose from.  Just think, you could be enjoying your own cup in just a few minutes from now. 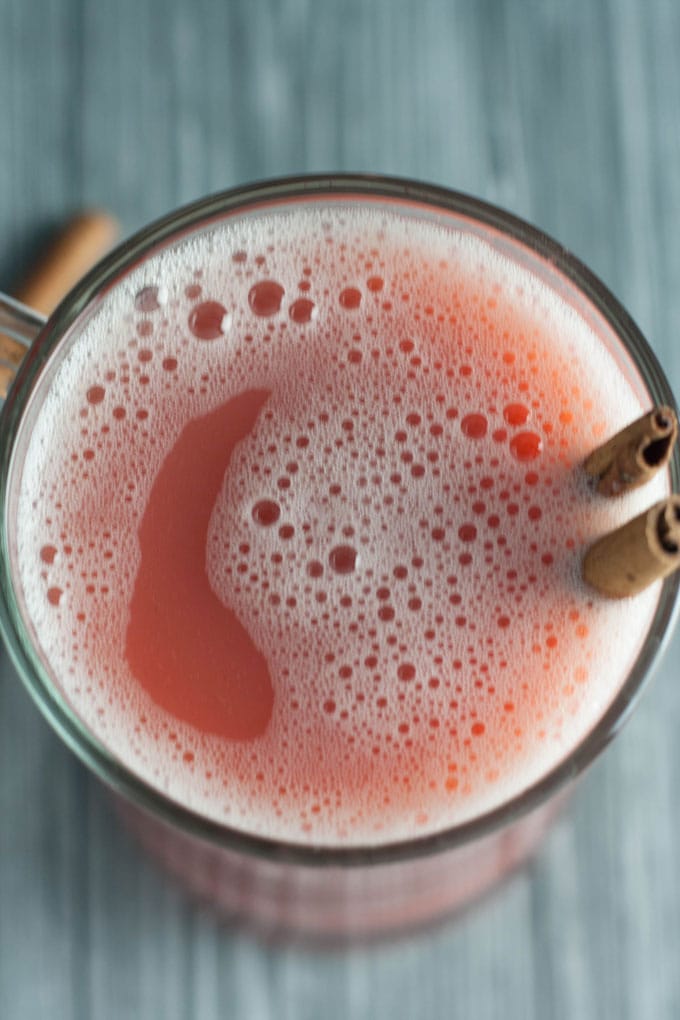 You can also try adding spiced rum or another alcohol to make this an adults-only treat.
Try adding some orange zest to the mixture before blending for some additional flavour.

I live in Toronto with my husband and 13-year old daughter. I love using my blender to make icy drinks and yummy treats. Most of the recipes I share will use a blender but all of the recipes shared are easy to make.